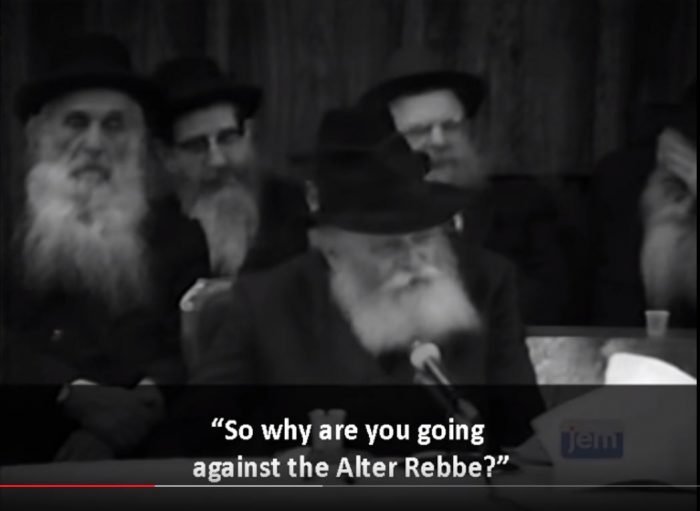 On the Hebrew calendar, a leap year means adding a second month of Adar. Purim is celebrated in the second month, and Purim Katan - the "Small Purim," is marked during the first month of Adar. On this day, the 14th of Adar l in 5746 - 1986, the Rebbe spoke about how to spend … END_OF_DOCUMENT_TOKEN_TO_BE_REPLACED 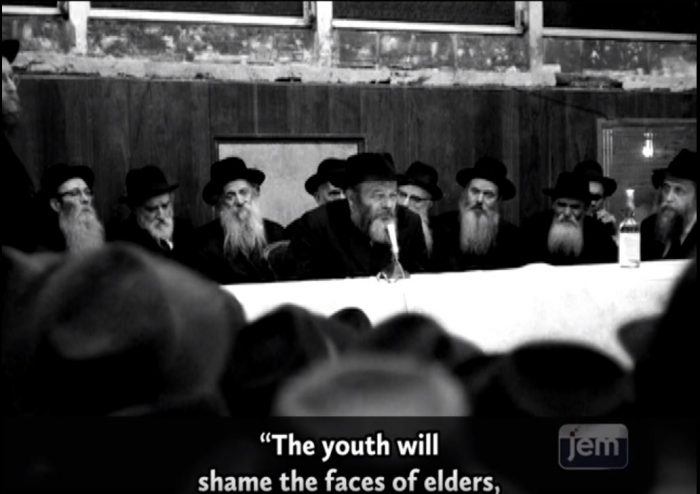 Watch: When the youth rebellion of the 60s fought the status quo across the Western world, the Rebbe wouldn't write them off... 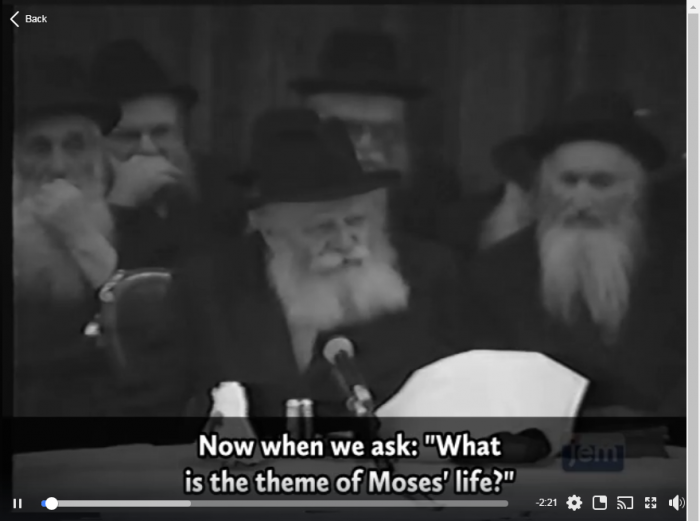 Tuesday, 7 Adar, marks both the birth and passing of Moses. But how should his life be celebrated? 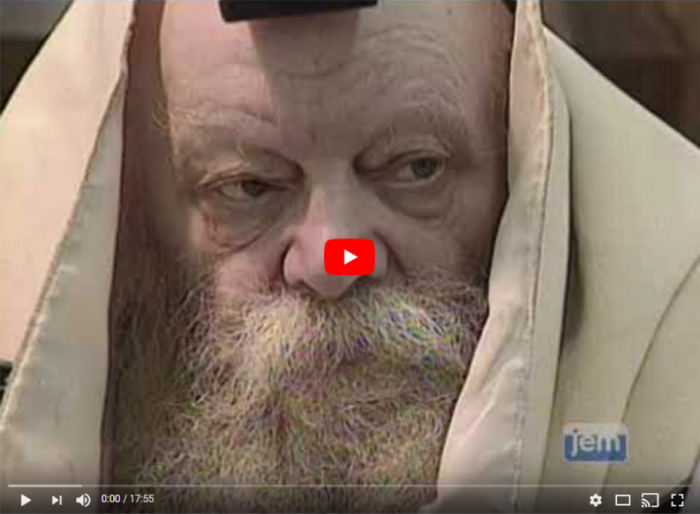 Highlights from 770 – Raw. Morning services with the Lubavitcher Rebbe in exceptionally high quality. 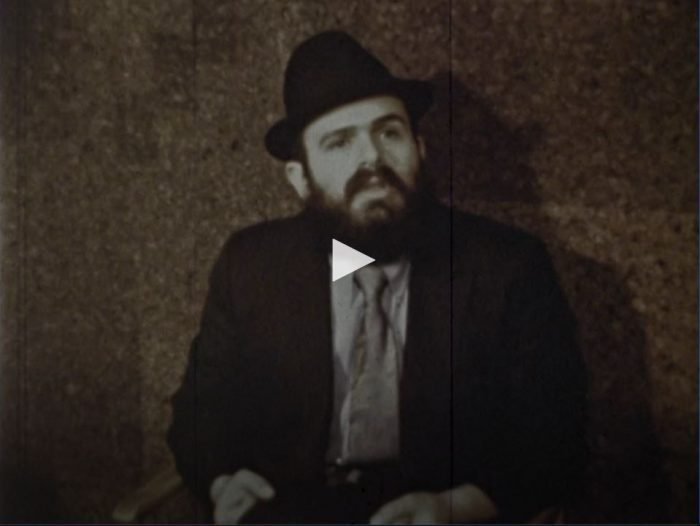 A 1972 film featuring beautiful scenes of the Rebbe and Crown Heights in the early 1970s was placed online in full. At the time, the filmmaker received special permission to photograph these scenes from the Rebbe’s office. In the early 2000s, working with the Rebbe’s library and the film’s producers, JEM received permission to utilize the clip, including many raw “outs” not included in the original film. 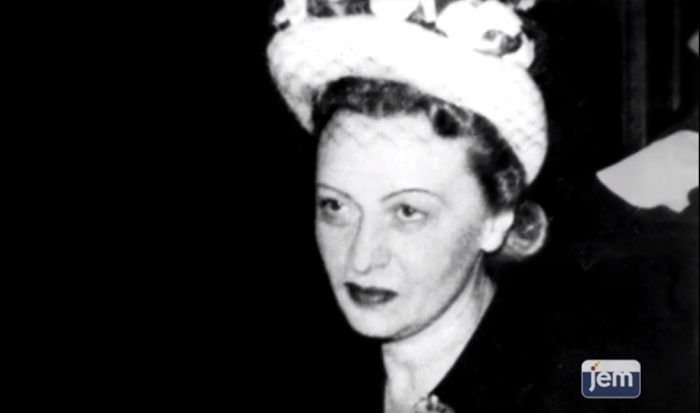 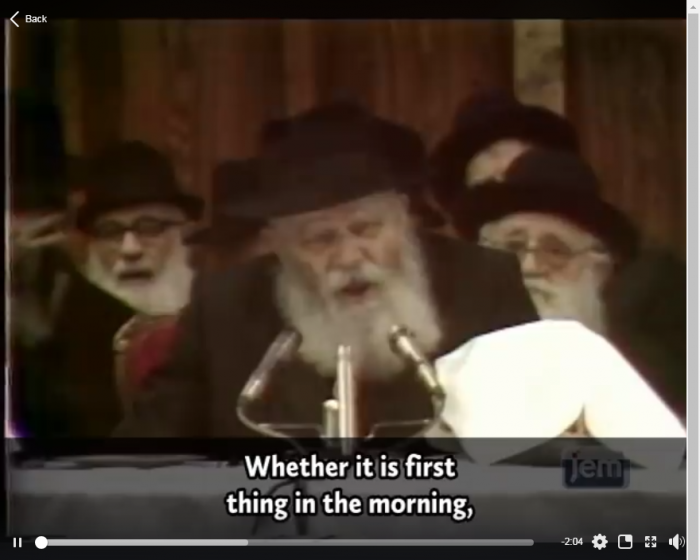 At a Farbrengen celebrating the 15th of Shevat, the Rebbe highlights a lesson to learn from a tree's planting. 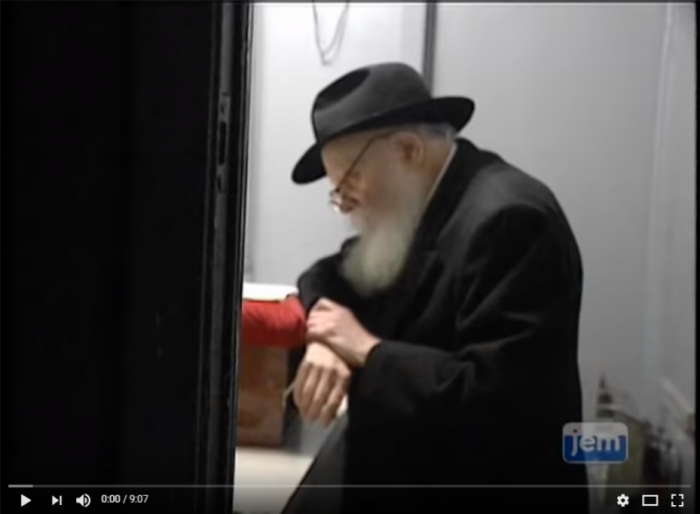 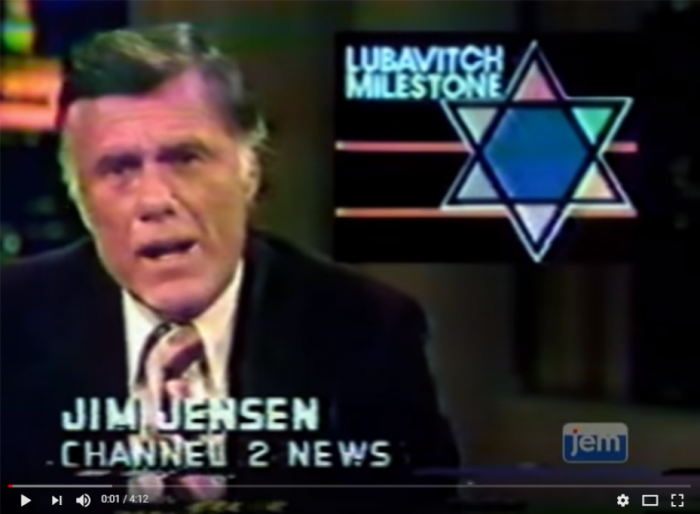 https://youtu.be/0TeXictgtzY Shortly after this clip aired on Yud Shevat 5740 (1980), Rabbi Yehuda Krinsky, assisted by his son Rabbi Hillel Dovid, screened this clip for the Rebbe. After hearing that the younger Rabbi Krinsky assisted the crew, the Rebbe instructed him to continue in this direction. Shortly thereafter, the young man had the idea to … END_OF_DOCUMENT_TOKEN_TO_BE_REPLACED 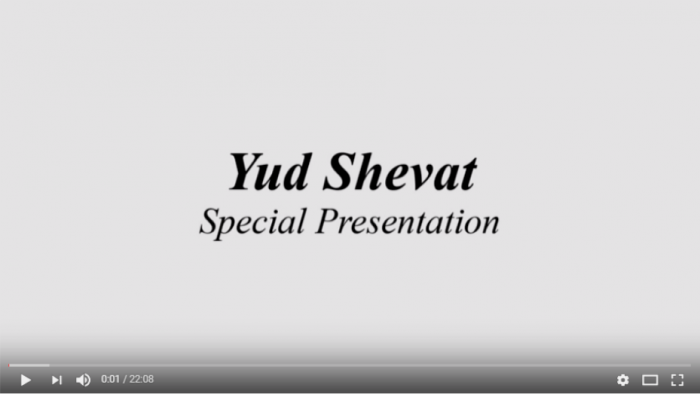 https://youtu.be/lYkCRq1NZZ8 The 10th of Shevat marks the passing of the sixth Rebbe of Chabad, Rabbi Yosef Yitzchak Schneerson. On the first anniversary of this day, the Rebbe accepted leadership of Chabad. In honor of this day, JEM published this special presentation of videos related to this day.